China's Ninebot unveils scooters that drive themselves to charging stations 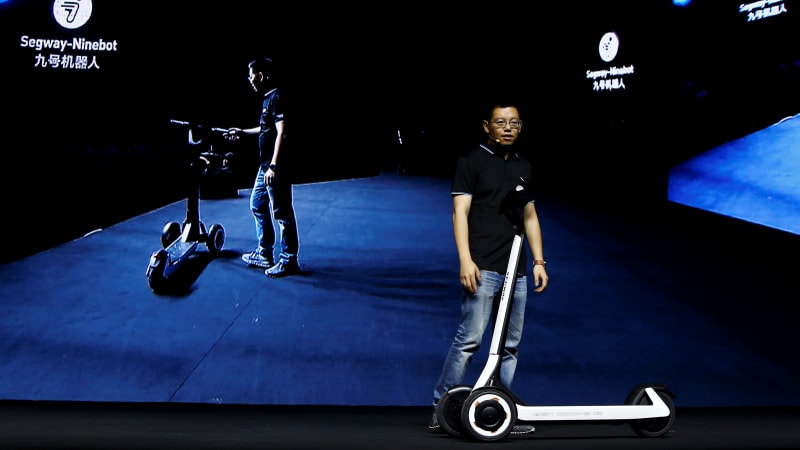 BEIJING/HONG KONG (Reuters) – Segway-Ninebot Group, a Beijing-based electric scooter maker, on Friday unveiled a scooter that can return itself to charging stations without a driver, a potential boon for the burgeoning scooter-sharing industry. Ninebot said Uber and Lyft , the ride-hailing giants that are expanding into scooter-sharing, would be among the customers for the new semi-autonomous vehicles that are expected to hit roads early next year. Gao Lufeng, Ninebot chairman

China’s Ninebot unveils scooters that drive themselves to charging stations originally appeared on Autoblog on Sun, 18 Aug 2019 13:00:00 EDT. Please see our terms for use of feeds.