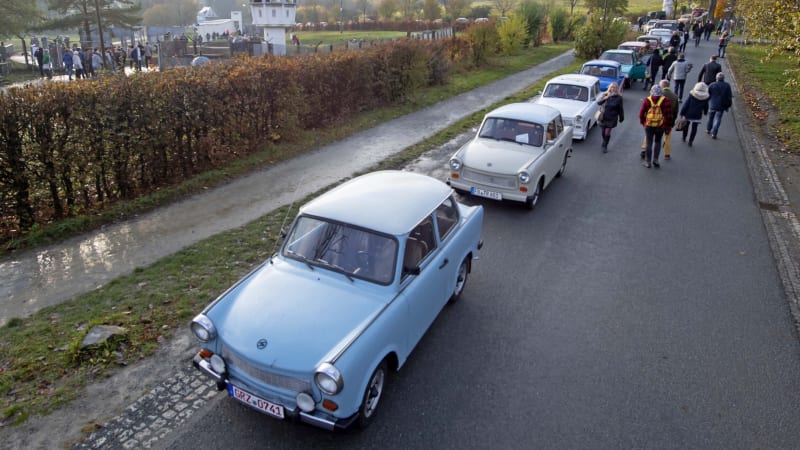 Marking the 30th anniversary of the fall of the Berlin Wall and defying the scorn of vehicle snobs around the world, hundreds of Germans on Saturday marked the historic event with a parade of historic Trabant cars at a former border crossing. Earlier, German President Frank-Walter Steinmeier and Chancellor Angela Merkel marked the anniversary by thanking Eastern European neighbours for spurring on the peaceful revolution. The toppling of the wall, which separated the Communist-ruled East from

Germans mark the fall of the Berlin Wall with a Trabant parade originally appeared on Autoblog on Sun, 10 Nov 2019 12:00:00 EST. Please see our terms for use of feeds.