One of the best ways to present your business to the world is by having your own logo. A logo is not something that you get from a google search, it’s a symbol that has to be very personal and that shows the people who you are.

Lions for example are some of the most used inspiration models for company logo. A lion logo shows strength and power exactly like the animal does in real life. A lion is always a leader that demands respect because he has a territory that he needs to defend. These are the qualities that some companies have and want to show further on. Images always speak more than words so if you want a strong visual aspect for sure a lion logo can do the trick.

Lion logos are the perfect choice if your company is searching for a way to express power and trust. They can also be adapted to a unique form of design and chances are pretty big that it is also going to look great.

If you feel that you have run out of creative ideas when you are trying to get your final logo here are some of the best lion logos that are used currently together with the explanation of the inspiration that comes from behind.

This lion design was made by Cesar Ritz in the early 1900s and it is a combination between the British Royal seal together with a lion. Later on, it was revised again back in 1965 and it also received a Pentagram Design in2015. 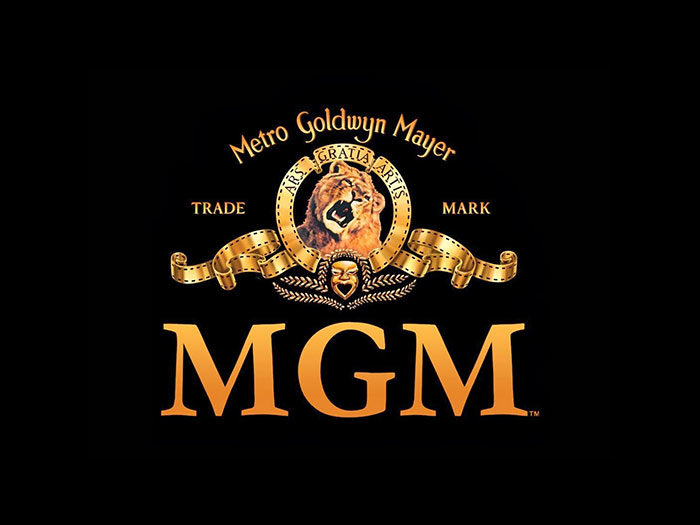 For sure you have seen the Lion that is featured in the MGM logo before. It’s a lion head logo that shows natural colors and paws that are resting on the golden film ribbon that shows the cinematic industry.

The lion shows the main values of the company like nobility and strength and its roaring expression shows its aggressive supremacy.

This logo was launched in 1992 in the inaugural season of the Premiere league. It stands for leadership and authority. If you check you will see that there is a crown on the Lion’s head showing the English Football Association. As for the red and white ball that has a blue background, we easily identify the colors of England.

This logo has changed quite a lot since its first design and now it has a more simplified version. We can say for sure that it looks like a modern well-made logo. 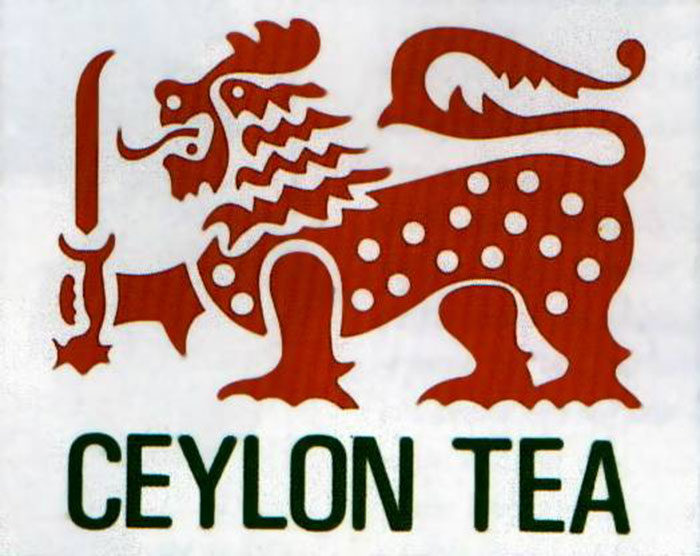 This lion logo was made for the Ceylon company. They produce teas that are known in all kind of parts of the world. The lion logo design used not only shows the country of origin but it also underlines the fact that this is the leading brand in the tea industry. The lion in this case shows how leadership can be expressed so well with a logo design. 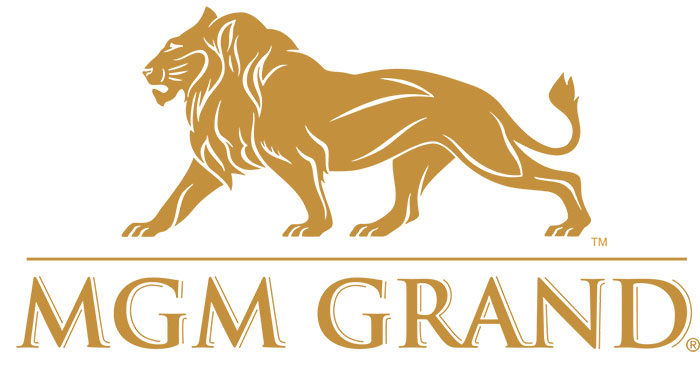 This lion logo is elegant and stands as a symbol for MGM Grand. It has a name written under using bold and all-caps letters in order to show the idea of dominance that the company has.

The first logo they had was similar to a stylized version of the MGM’s Studios logo that also had a lion had. In time this evolved more into a full-body lion logo type. 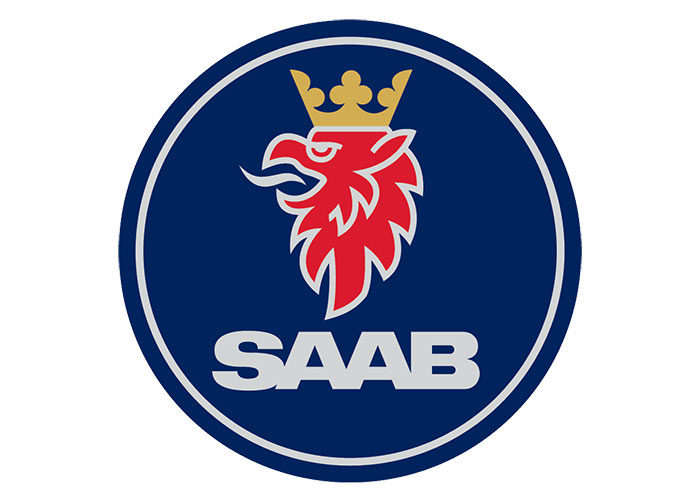 The Saab logo represent a griffin that is a mythological creature half eagle half lion. Since the last update they did to it looks better than ever.

The logo of this airplane and car manufacturer uses a part-lion, part-eagle mythological creature named the griffin. We can say easily that for sure the lion symbolizes strength while the eagle shows the idea of vigilance. Having them combined what the company is trying to send out as a message is that they create great Saab products both on land and air.

The orange color that the Dutch bank ING uses in their logo shows actually the colors of their country. The lion is their national symbol, and we can see that in the logo design it sits calm having his tail in the air.

This is perfect because it offers confidence and tranquility, things that are very important especially for a bank of this size.

The logo that we know today as being the image of Peugeot had its debut in 1948. The logo was inspired by the lion emblem that the City of Belfort had and it can be seems on the Arms of Franche-Comte. Since then the design of the lion logo has changed in time and it still reflect the quality and strength of this company. 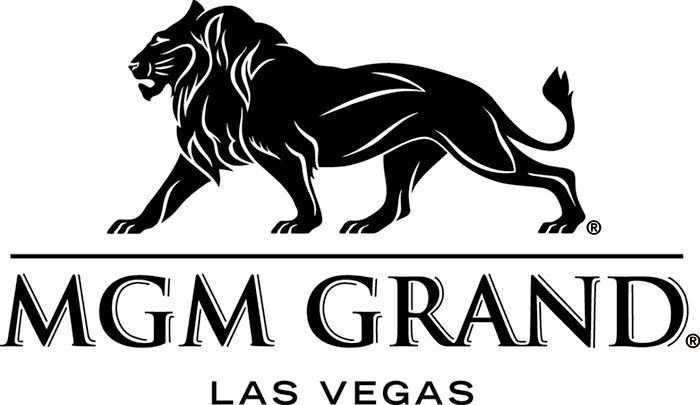 The lion logo that we see in MGM Grand is simple and full of power in the same time. It fits perfectly the fact that it is the largest single hotel in the United States. As you have seen its lion design shows up in both MGM media and their hotel business.

This bank is held by the ING group and the previous logo was exactly the same as the ING one. Not it has been transformed into a lion’s head only showing to their customers that they can trust this financial institution.

For sure the lion has been kept in order to show the power and leadership characteristics of the bank. 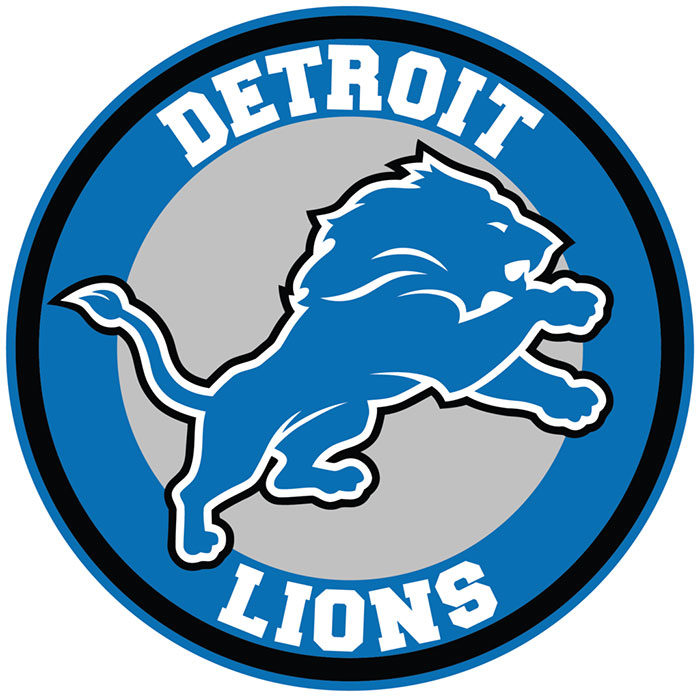 The last logo change was done in 2009 when the playful lion called Bubbles became more aggressive. Now its front pas show an attack posture and its main show the fearlessness and courage that this team has.

The lion design logo has remained the same since its launch in 1994 for this brand. There have been some changes over time but the only things that really changed were its color and some few extra elements. 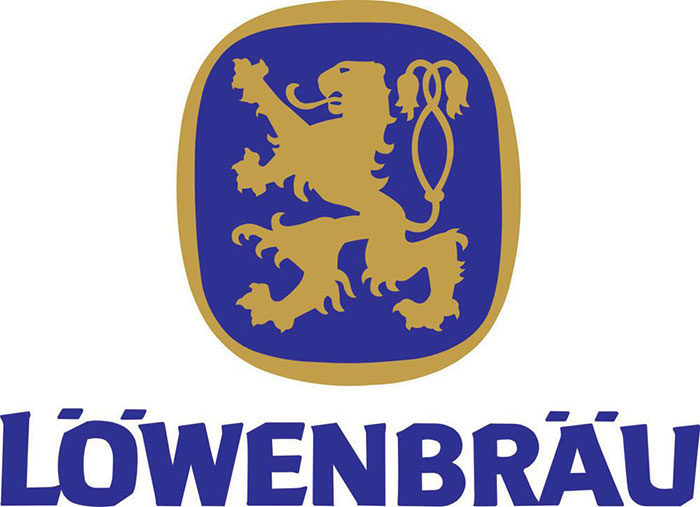 If you didn’t know this logo was actually inspired from a 17th century fresco from Germany showing Daniel in a lion’s den. If you translate the name Lowenbrau you will get lion’s brew. It shows leadership, power and courage because the company has grown a lot. The colors used for the lion are dark blue with light blue and a golden shade. It looks really great, doesn’t it? 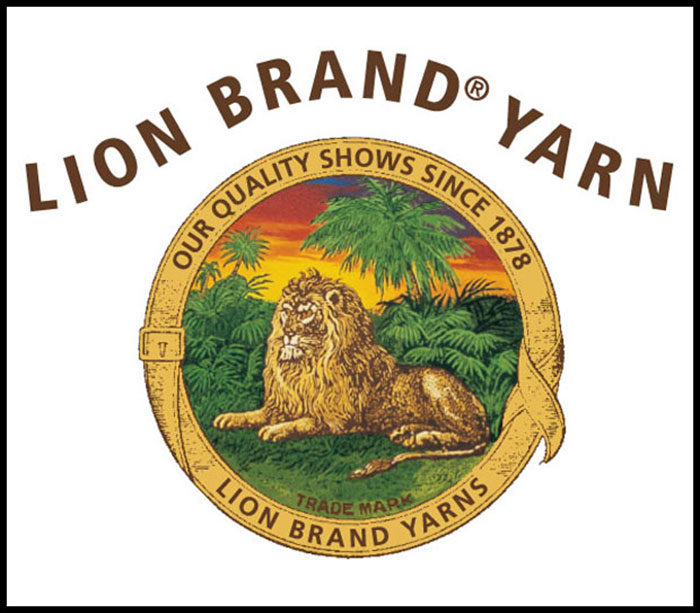 This lion logo looks like it was made using the best quality yearn. This company has been launched more than 130 years ago and is known for its pattern support for all people that love yarn in America.

So, the lion is a metaphor for nobility and superiority compared to any other yarn brands that you find out there. 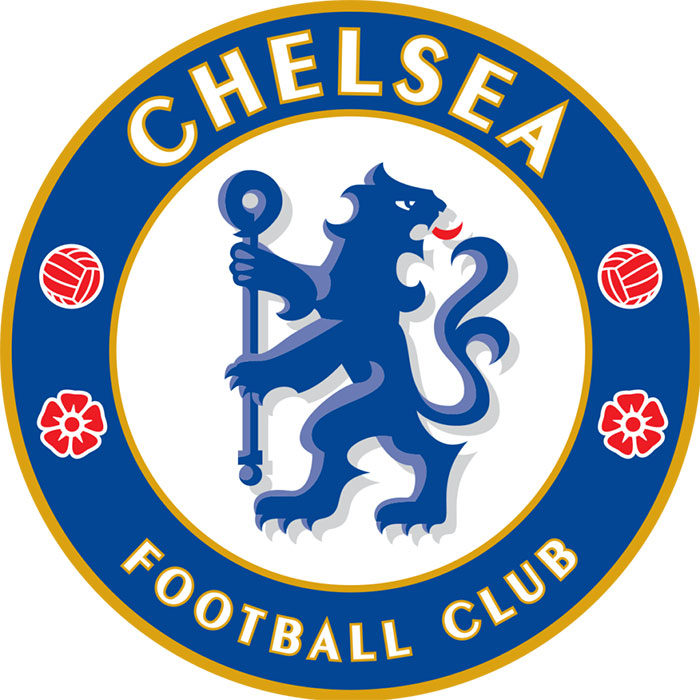 The Chelsea logo is a modern looking one that features a lion holding a staff being inspired from the Earl of Cadogan’s coat of arms. There are also other clubs and sports teams that include the lion but we really liked how Chelsea did it. 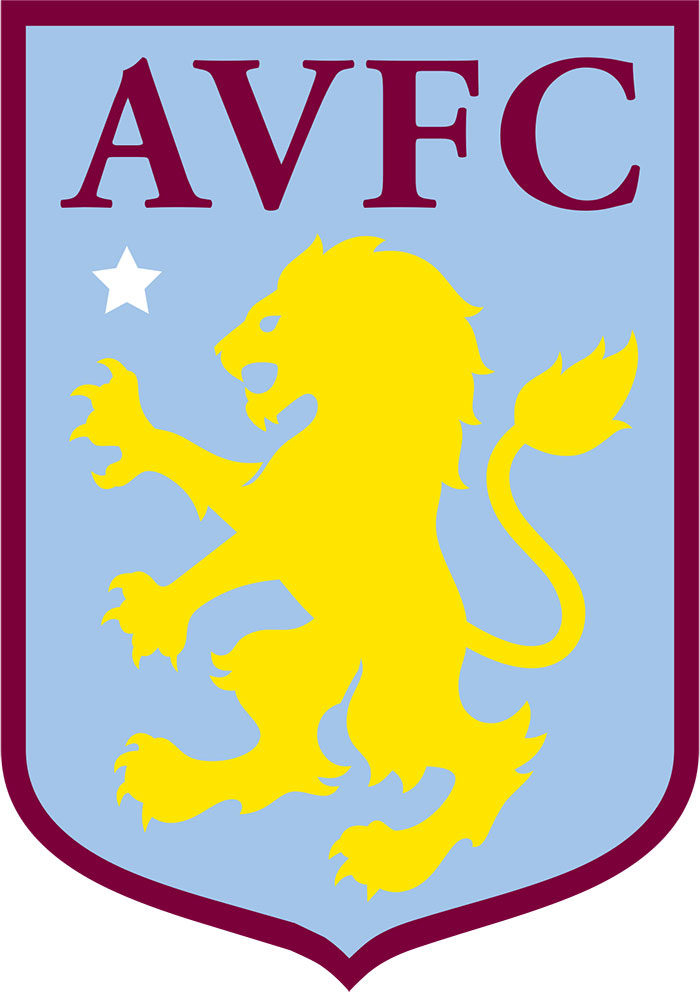 The lion logo design that you see in Aston Villa is facing the left having its paws in the air and some blue background. The word “prepared” is written at the bottom and the entire vibe of the logo is that it shows a lot of power and determination. 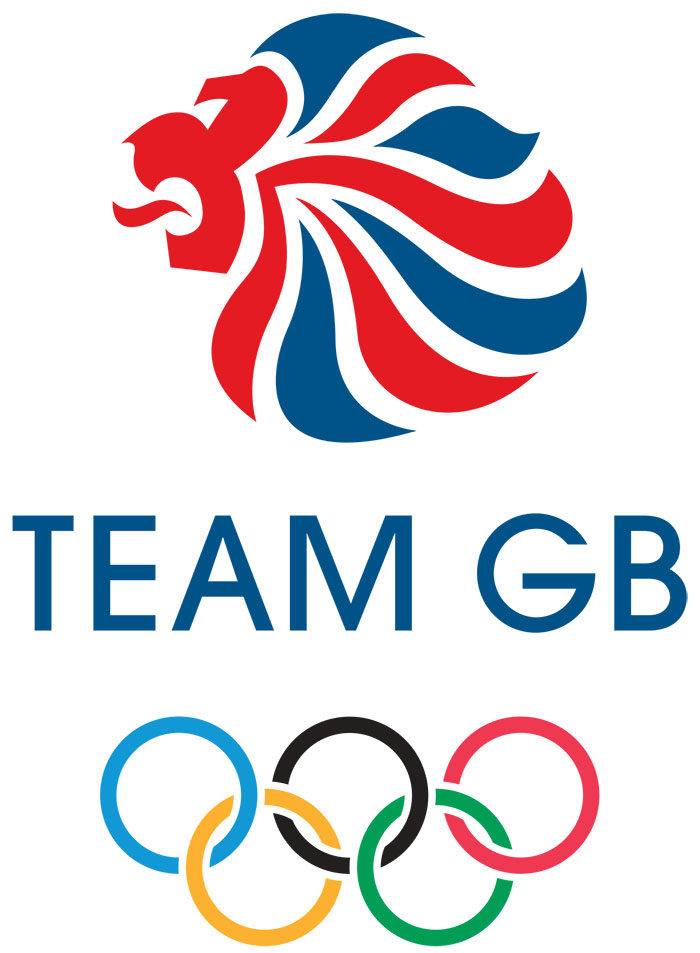 Back in the 2012 Olympics the athletes that represented Brittan made their logo using a lion shape. They did this in order to show the power and motivation they had throughout all the events that they participated in. Using red, white and blue on their lion logo showed that they truly wanted to represent Britain.

The designers wanted to get the sacrifice and dedication that each athlete goes through and they used the “Better Never Stops” motto as inspiration.

The Cannes Lion festival is the biggest gathering for creative communication and advertising experts. They used a less powerful lion in their logo so this means that their focus was probably more the artistic part of their branding.

This festival is the biggest and most prestigious one for the creative community and advertising. They inspired themselves from the Lion of St. Mark’s Square in Venice where they did the first festival. It looks great and we really enjoyed too this lion logo.

If you enjoyed reading this article about Lion logo, you should read these as well: